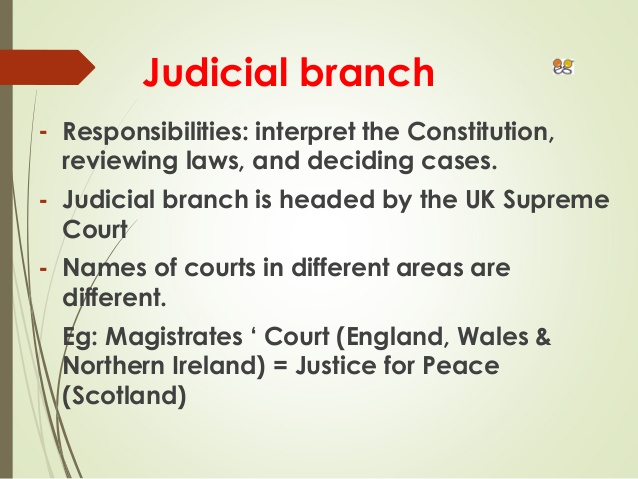 The Rule of Law and Judicial Role of Judges

“it is an abdication of judicial responsibility for judges … to decline to develop the common law on the grounds that legislation is more appropriate. Even if a statutory solution would be better, no-one can predict whether legislation will, or will not, be passed. It is therefore preferable for judges to proceed as they think fit.” (A. Burrows, ‘The Relationship between Common Law and Statute in the Law of Obligations’ (2012) 128 Law Quarterly Review 232, 258). Drawing on examples from the cases that we have studied so far in the UK, JusticeGhana Group Sub-Youth-Editor, Esi Ampomah-Asantewaa attempts to consider, in abstract, to what extent this judicial viewpoint, might conflict with ideas of the rule of law and the separation of powers.

The context to the quotation above seems to run counter to doctrine of Separation of Powers– L’Esprit des Lois, in which the 18th century French philosopher Montesquieu maintained that political power is of three types (legislative, executive and judicial) and that these should be separated from each so that no one person or institution exercises more than one type of power. So, it could be suggested that judicial activism/law-making powers, is a glaring usurpation of legislative powers of the Sovereign Parliament. The rule of law provides that the subject is entitled to be ruled according to law and that the law should be predictable. But such predictability had also been found in the principle of judicial precedent.

However, the doctrine of legislative supremacy of Parliament means that it is only Parliament but not the judiciary, which wields the authority to make or unmake any law and that currently, (subject to European Community law), nobody else may override or set aside the law which Parliament has made. Yet in the case of Magor and St Melons v. Newpoint Corporation (1950), Lord Denning found himself obligated by carrying out what he described as the intention of Parliament by “better filling in the gaps and making sense of the enactment…” Today, the Section 3(1) of the HRA 1998 imposes interpretative obligation on the courts- stating that: ‘as far as possible to do so, primary and subordinate legislation must be read and given effect in a way which it is compatible with the Convention rights’. In R v A (No.2) [2001] 2 WLR 1546, Lord Steyn said that: ‘the interpretative obligation…is a strong one. It applies even if there is no ambiguity in the language…it is an emphatic adjuration by the legislature.’

If the judge is faced with an incompatibility in the law she or he must explain fully why they chose to abandon the doctrine of precedent. For example, in the case of Mandla v Dowell Lee and another[1] the question was whether Sikhs should be defined as ‘ethnic or ‘national origins’. The judge said no in reference to the Race Relations Act 1976, ss 1(1) (b), 3(1).[2]   It could be argued that if the judge had not complied with the act there would have been serious conflict with the rule of law, in the sense that the Judge would have given the ‘Sikhs’ a special treatment due to their cultural heritage. Indeed, the Act provides judges with guidance on how to promote equality through the rule of law by examining clearly, the difference between ‘ethnic’ and ‘racial’. This appears consistent with the Interpretation Act 1978, which sets out the general rules for courts to interpret Acts of Parliament. The rules are: Literal, Golden and Mischief Rules, all aiming at achieving justice, fairness and the spirit of the rule of law.

In the Royal College of Nursing v Dept of Health& Social Security[1]  the issue of the interpretation of the Abortion Act 1967[2]  states in part that ‘a person shall not be guilty of an offence under the law relating to abortion when a pregnancy is terminated by a registered medical practitioner’. The RCN debated that the second stage of the procedure does not need a medical practitioner, but an appropriate trained and skilled nurse could do the job. Woolf J declined this- declaring that: “there would be great danger in the law as it had not been properly clarified…. [that] it would conflict with the rule of law as the nurses and medical practitioners- who can have legal right in the abortion procedure, are being placed in difficult circumstances due to lack of clarification of the law.’  Accordingly, the judge declared that the RCN’s ‘advice did not involve the performance of any lawful act by members of the college.’

Thus interpretative responsibility helps judges in justice delivery. But in R v. Shipuri[1], Lord Hailsham makes the point of judges moving away from recent judgments of precedent- stating: ‘…ordinarily I may have entertained privately the thought that such a case so recently and so carefully considered and supported by two such powerfully reasoned judgements was nevertheless open to question.’

In conclusion, it is tempting to disagree with Burrows due to the judges’ usurpation of Parliamentary Supremacy. Yet, it might be legally unjustified to think of a water-tight separation of powers as it is clear from case law and interpretation rules that in our fast-changing world and its associated technological advancement, such a strict application can cause absurdity and/or highly unjust results. 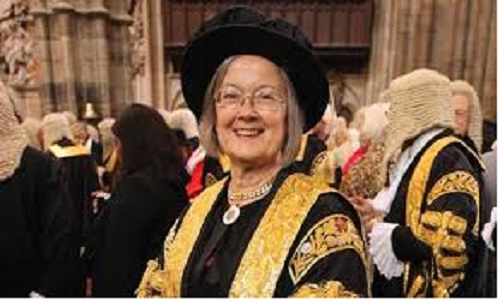