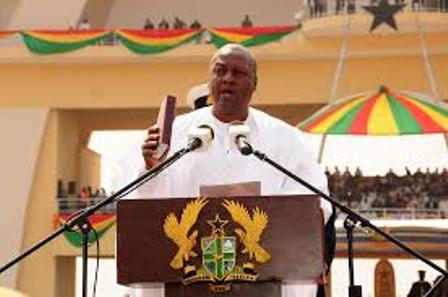 Research, Information and Advocacy- Constitutional Blackout and Hurdles in Ghana- Resigned or Transferred? Did President Mahama Err On The Appointment of The New EC Boss- Mrs Charlotte Kesson-Smith Osei? And to respectfully, dispel the rumours surrounding the parental background(s) of our newly-elected learned EC?

BRIEFS & MEMOS
In the 1960s, following the dismissal of Ghana’s first home-grown Chief Justice- Sir Kobins Arku Korsah(December 1963), C.L.R James- the Trinidadian socialist politician an writer, offered Osagyefo Dr Kwame Nkrumah advice in a dispatched letter that I paraphrase as follows: the worst political suicide that any elected peoples’ government will commit is to dismiss its Chief Justice, simply because the judiciary has ruled against the State in a matter in which the government has a vested interest. James nervously propounded series of soviet-styled theories that could have been available to a government wanting its Chief Justice dismissed: It could invite the Chief Justice to a state dinner where kill-me-slowly drug could be spiked into his/her drink; a road accident or cosmetic political elevation which will eventually lead to his/her judicial incapacitation could be staged. The list is not exhaustive but I dare add: can’t the government use its majority in parliament to legislate to handcuff the powers of the Chief Justice and probably, the entire judiciary? President John Mahama has done none of these in relation to the appointment of Mrs Charlotte Osei- the current chairperson of the National Commission for Civic Education (NCCE), as the chairperson of the Electoral Commission (EC) so what could be the blackout?

Art 144(3) states that- “Justices of the Court of Appeal and of the High Court and Chairmen of Regional Tribunals shall be appointed by the President “acting on the advice” of the Judicial Council.” CURRENTLY- The constitutional issues being raised by most Ghanaians are- is Charlotte, being reappointed, transferred or she has duly resigned? I will argue on constitutional hurdle and blackout because Mrs Charlotte Osei’s position enjoys yes, independence and security of tenure. We accordingly, posed this question to Professor Stephen Kwaku Asare (aka Kwaku Azar) who on 26 June 2015 wrote on his Facebook wall that he has no problem seeing someone with a dual-citizenship becoming an EC. Asante Fordjour wrote: “Prof- from the way things are being approached today, could Charlotte, for example, be reappointed/assigned against her will to the Supreme Court of Ghana or its equivalent by a future Ghanaian Government, thereby creating a vacancy at the EC or at the NCCE? “It is madness,” he says.

So could it be imputed that President Mahama has Erred on the appointment of the new EC Boss- Mrs Charlotte Kesson-Smith Osei or there seem to be “constitutional blackouts and hurdles in Ghana as we are yet to be tutored on the question of whether or not Mrs Osei has resigned or is being transferred by President John Mahama by virtue of the invocation of his appointing power under Article 70(2)? Professor Stephen Kwaku Asare also puts this in context: “Can a President who is happy with the performance of the NCCE Boss remove her from office by appointing her to another position, say to chair the EC?”

The other arguments here are that by virtue of her appointment and indeed her undisputed position as the chairperson of the National Commission for Civic Education- (NCCE), no one could have arguably, doubted her solitary claim to the position as the overlord of the Ghana’s Electoral Commission (EC). Yet, the legalities and/or constitutional issues or hurdles set out below might be worth considering:

Yet for some Ghanaians, these arguments could smack personality witch-hunt as a colleague remarked on this discussion on the face: “I sincerely think critics of the Hon. Lady should be allowed her space to assume her post so that we could later judge her per her performance.” It is told that this is not a personal critic but constitutional scrutiny of a public vacancy and as set out above- and here on issues related to administrative cross-overs and procedures. We had thought that if the question might have related to performance, then we could have easily dipped our hands into her current portfolios at her current position as NCCE boss which as we learn, Mrs Osei has been at post for some years now.

With issues related to her academic credentials and competence, one might say that no one doubts these! Yet we could feel comfortable with the ongoing academic exercises vis-à-vis the plausible constitutional blackouts on this crucial appointment because these could be the only route to develop our constitution, democracy and our dear country- remembering that our constitutional drafters couldn’t have contemplated all these legal hurdles and complications? More recently, Dr Ransford Gyampo- Senior Political Science Lecturer at the University of Ghana, is quoted to have said this during a chat with (myjoyonline Mahama’s reshuffle of NCCE boss to EC is bad precedent- Gyampo) that the “reshuffling” of Mrs Charlotte Osei from the National Commission on Civic Education to the Electoral Commission is a potentially bad precedent., arguing that he does not understand why the head of a constitutional body [NCCE] who has security of tenure would be moved to another independent body by the President.

“What if the NPP comes to power and decides that the Commission of Human Rights and Administrative Justice is vacant and so reshuffles the EC chair to CHRAJ?” Dr Gyampo is quoted as saying. Dr Gyampo added that he believes the appointment could have dire repercussion on political appointments and could undermine judicial independence and that “the boss of the NCCE does enjoy security of tenure and can only be removed if he or she engages in serious misdemeanours….” 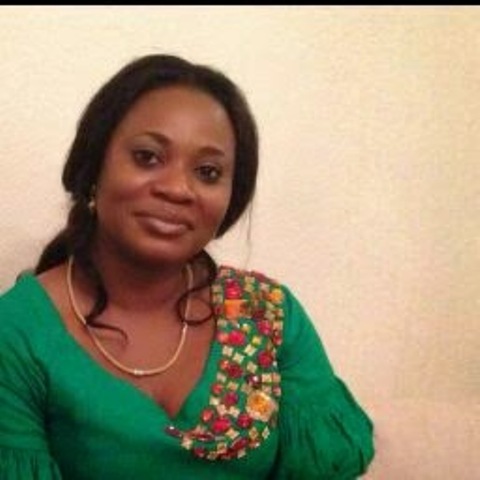 Having considered all that and with particular focus on the security of tenure of the offices the NCCE and the EC chairman or chairperson, could be the speculated dual-citizenship of Mrs Charlotte Kesson-Smith Osei, whose biological mother is said to be Nigerian? Probably, yes, if that was not clarified during her prior appointment as the Chairperson of the NCCE. Indeed, like millions of Diasporas with dual-citizenship, we might agree with Professor Stephen Kwaku Asare when he said- “I have no problem with a dual citizen becoming the chairman of the Electoral Commission as long as the appointment is made by the Council of State.” Article 8(1) of the 1992 Ghana Constitution states that: “Subject to this article, a citizen of Ghana shall cease forthwith to be a citizen of if, on attaining the age of twenty-one years, he [she], by a voluntary act, other than marriage, acquires or retains the citizenship of a country other than Ghana. Citizenship of Ghana is provided for under Article 6 of the Constitution.

For clarity and indeed to dispel the rumours being circulated and respectfully, not to mislead the reader and the court, we might have been tempted to puzzle that constitutionally/legally, could there be no difference between Asante Fordjour (an imaginary MP) whose father, for example, is a Ghanaian and mother- a Nigerian and appears to be holding dual-citizenship within the meaning of the case involving Mr Adamu Dramani Sakande, the former Member of Parliament for Bawku Central, over his alleged dual nationality? (see Court (Supreme Court) Dismisses Adamu Dramani?s Submission Of ‘No Case’)

For the purposes of these discussions, we had mention in passing and without prejudice that Article 232(1)(3) of the Ghana’s Constitution states that: “Members of the Commission [NCCE] shall be persons who are qualified to be elected as members of Parliament.” Article 94(2) provides that: “A person shall not be qualified to be a Member of Parliament if- he [she] (a) owes allegiance to a country other than Ghana…” It is from this premise that JusticeGhana, respectfully, foresees these legal hurdles.