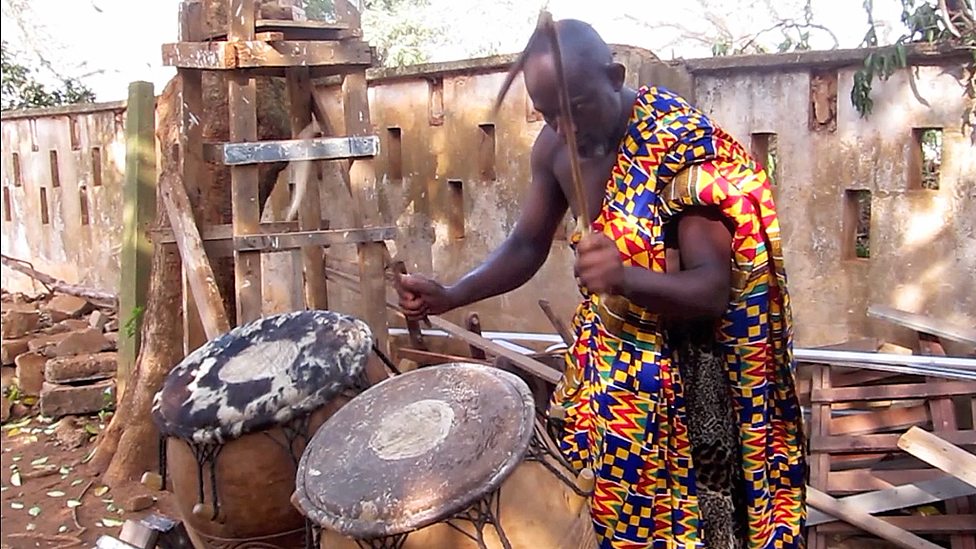 The Traditional and Modern Concepts Of Insults

CULTURE & TRADITION: Re- “Where did civility go? When did civility leave us? When adults insult and exhibit insulting behaviour, what are children to learn- A Facebook Inquiry By Clara Beeri

[1] No doubts- our political and perhaps, even our traditional landscape, are arguably, littered with all forms of insults. And there is, yes, an adage in our collective cultures and traditions that ‘but for adulthood’; every adult had once been a child before. So we could comfortably conclude that since charity begins at home; such insulting adults might have been brought up by insulting parents/guardians? [2] Probably, wrong- we are all unique and might have acquired such character traits along the way from other peoples or cultures/traditions that are even not closer or similar to ours! Indeed, culture is said to be a notoriously difficult term to define‘. Yet Hofstede(1994: 5) defines it as “the collective programming of the mind which distinguishes the members of one group or category of people from another.’ Matsumoto(1996: 16), puts it this way: “… the set of attitudes, values, beliefs, and behaviors shared by a group of people, but different for each individual, communicated from one generation to the next.” [3] So our sister Clara Beeri, might be right to be concerned about an acts that speak or treat others with disrespect or scornful abuse. To insult or treat people we disagree with an offensive or contemptuous remark or action(s) that signals affront; slight or rendering them to nothing, stupid and useless in the minds of right thinking people can certainly, not be summed/flagged up as an act of civility- described by dictionary reference as an act or express of courtesy or politeness towards that person(s) in question. [4] But in his article- “How to Deal With Insults and Put-Downs”- Timeless advice on dealing with insults, Neel Burton M.D (2013) asked us to begin to think about the various kinds of insult that are out there. “First, there are, of course, verbal insults, which can be either direct or, more commonly, indirect. Examples of indirect verbal insults are jokes and ironic comments, backhanded compliments, mimicry, and false fascination. As our eyes and facial expressions can substitute for speech, such things as a cold or constant stare, a false or exaggerated smile, or a raised eyebrow can also count as an indirect verbal insult. Then there are much more obviously physical insults such as punching, slapping, or spitting.” [4] All of the above, Neel Burton wrote at the psychologytoday website, involve actively doing something and therefore count as insults of commission. “But insults of omission are equally if not more common. Examples of insults of omission are not inviting or including someone, not deferring to his rank, not laughing at his jokes, and studiously avoiding eye contact with him.” Why, then, do we insult? [5] We have learned that insulting behaviours could culturally/traditionally, come from different shades of communication formats and in cultural practices, it could be detected not only from the way we eat or drink but could also be discovered, for example, in the way we drum or dance. More recently, in the Asante Region, there had been a stand-off between a delegated “traditional chief and a subject” over an appropriate choice of “cloth/shoe” to wear at one of the government-sponsored community gathering. [6] In most Western worlds it could be seen as an insult or disrespectful attitude if for example, we fail to honour a proper dress-code at an interview or a conference. Whereas European cultures lay emphasizes on an eye-to-eye contact in any direct dialogue, culturally/traditionally, such attitude could be seen as an insult/disrespectful act in most cultures in Ghana. There could be such cultures/traditions among us but for the purposes of this contribution, let us respectfully, consider, for example, the Akan’s tradition that in any gathering- be it a funeral/naming ceremony, if we wish to greet officially, we ought to begin from right-to-left and not the other way round. Traditionally, we could be fined if such norm is not observed. Then is the custom that unless otherwise stated, culturally we cannot wear white-cloth to a funeral.

All these [un]known traditional/cultural practices we find in our various communities, perhaps, make our understanding of culture and insult, very complex and unless it is verbally spoken we might not be able to comprehend. Thus, we could be insulted daily without it being understood- either in drumming, singing by dressing or even without a word spoken. So, what is the best way to deal with any or all of these insults? Find below some clues or answers provided by the Psychologytoday UK, for our consideration:

…..
The best way to deal with any or all of these insults

1. Anger. This is the weakest possible response, and this for three main reasons. First, it shows that we take the insult, and therefore the insulter, seriously. Second, it suggests that there is truth in the insult. And third, it destabilizes us and causes us pain.

2. Acceptance. This may seem like a very weak response, but in many cases it is actually the strongest response of all. When someone insults us, we ought to consider three things: whether the insult is true, who it came from, and why. If the insult is true, the person it came from is reasonable, and his motive is worthy, then the insult is not an insult but a statement of fact and, moreover, one that is potentially very helpful to us. Thus it is usually the case that we do not or ought not take offense at our teacher, parent, or best friend.

Notice that, whatever the case, I have no reason to take offense.

3. Returning the insult. There are several problems with the put-down, even if it is a very clever one. First, it does have to be clever, and, second, it has to occur to us at just the right moment. But even if we are as sharp and witty as Oscar Wilde, a clever put-down is unlikely to constitute our best defence. You see, the problem with the clever put-down is that, however clever it is, it tends to equalize us with our insulter, raising him up to our level and bringing us down to his. This gives him, and therefore his insult, far too much credibility. In fact, the clever put-down should only be used amongst friends, and only to add to the merriment of the occasion. And it should end with something like a toast or a rub on the shoulder. In short, it should only be used for the purpose of humor.

4. Humor. Humor is an especially effective response for three reasons: it undermines the insult, it brings the audience (if any) on side, and it diffuses the tension of the situation. Here is an example of the effective use of humor. Cato the Younger, the Roman statesman and stoic philosopher, was pleading a case when his adversary Lentulus spat in his face. After wiping off the spittle, Cato said, “I will swear to anyone, Lentulus, that people are wrong to say that you cannot use your mouth.”

Sometimes, it might even be appropriate to exaggerate or add to the insult so as to make a mockery of the insulter and, by extension, of the insult. “Ah, if only you had known me better, you would have found greater fault still!”

5. Ignoring the insult. One downside of humor is that it requires quick thinking. In contrast, ignoring the insult is easier and, in fact, more powerful. One day, a boor struck Cato whilst he was out at the public baths. When the boor realized that it was Cato whom he had struck, he came to offer his apology. Instead of getting angry or accepting the apology, Cato replied, “I don’t remember being struck.”

Subtext of his reply: “You are so insignificant that I don’t even care to register your apology, let alone to take offense at your insult.”

In conclusion, we need never take offense at an insult. Offense exists not in the insult but in our reaction to it, and our reactions are completely within our control. It is unreasonable to expect a boor to be anything but a boor; if we take offense at his bad behaviour, we have only ourselves to blame.

Acknowledgement: The principal ideas and examples in this blog post came from a reading of the excellent book by William Irvine, A Guide to the Good Life: The Ancient Art of Stoic Joy (link is external).