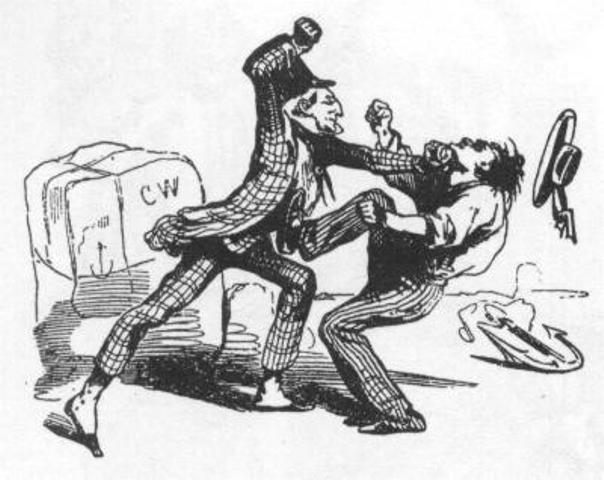 The Stages and Process of Effective Negotiations

Negotiation is defined as a method by which people settle differences- a process by which compromise or agreement is reached while avoiding argument and dispute. In any disagreement, individuals understandably aim to achieve the best possible outcome for their position (or perhaps an organisation they represent). However, the principles of fairness, seeking mutual benefit and maintaining a relationship are said to be the keys to a successful outcome. The skillsyouneed-dot-com sets out the process/stages of negotiation as follows: Preparation- (1) Discussion; (2) Clarification of goals; (3) Negotiate towards a Win-Win outcome; (4) Agreement; and (5) Implementation of a course of action.

Specific forms of negotiation are used in many situations: international affairs, the legal system, government, industrial disputes or domestic relationships as examples. However, general negotiation skills can be learned and applied in a wide range of activities. In the words of skillsyouneed-dot-com, Negotiation skills can be of great benefit in resolving any differences that arise between you and others.

Why Negotiate? “It is inevitable that, from time-to-time, conflict and disagreement will arise as the differing needs, wants, aims and beliefs of people are brought together. Without negotiation, such conflicts may lead to argument and resentment resulting in one or all of the parties feeling dissatisfied. The point of negotiation is to try to reach agreements without causing future barriers to communications. Stages of Negotiation: In order to achieve a desirable outcome, it may be useful to follow a structured approach to negotiation. For example, in a work situation a meeting may need to be arranged in which all parties involved can come together.” Find below the stages and process of negotiations as set out by skillsyouneed-dot-com and with some few contributory inputs from JusticeGhana:
……
1. The Preparation: Before any negotiation takes place, a decision needs to be taken as to when and where a meeting will take place to discuss the problem and who will attend. Setting a limited time-scale can also be helpful to prevent the disagreement continuing. This stage involves ensuring all the pertinent facts of the situation are known in order to clarify your own position… Undertaking preparation before discussing the disagreement will help to avoid further conflict and unnecessarily wasting time during the meeting.

2. The Discussion: During this stage, individuals or members of each side put forward the case as they see it, i.e. their understanding of the situation. Key skills during this stage include questioning, listening and clarifying. Sometimes it is helpful to take notes during the discussion stage to record all points put forward in case there is need for further clarification. It is extremely important to listen, as when disagreement takes place it is easy to make the mistake of saying too much and listening too little. Each side should have an equal opportunity to present their case.

3. The Clarification of Goals: From the discussion, the goals, interests and viewpoints of both sides of the disagreement need to be clarified. It is helpful to list these factors in order of priority. Through this clarification it is often possible to identify or establish some common ground. Clarification is an essential part of the negotiation process, without it misunderstandings are likely to occur which may cause problems and barriers to reaching a beneficial outcome.

4. The Negotiation towards a Win-Win Outcome: This stage focuses on what is termed a ‘win-win’ outcome where both sides feel they have gained something positive through the process of negotiation and both sides feel their point of view has been taken into consideration. A win-win outcome is usually the best result. Although this may not always be possible, through negotiation, it should be the ultimate goal. Suggestions of alternative strategies and compromises need to be considered at this point. Compromises are often positive alternatives which can often achieve greater benefit for all concerned compared to holding to the original positions.

5. The Agreement: Agreement can be achieved once understanding of both sides’ viewpoints and interests have been considered. It is essential to for everybody involved to keep an open mind in order to achieve an acceptable solution. Any agreement needs to be made perfectly clear so that both sides know what has been decided.

6. The Implementing a Course of Action: From the agreement, a course of action has to be implemented to carry through the decision. Failure to Agree- If the process of negotiation breaks down and agreement cannot be reached, then re-scheduling a further meeting is called for. This avoids all parties becoming embroiled in heated discussion or argument, which not only wastes time but can also damage future relationships. At the subsequent meeting, the stages of negotiation should be repeated. Any new ideas or interests should be taken into account and the situation looked at afresh. At this stage it may also be helpful to look at other alternative solutions and/or bring in another person to mediate.

It is said that there are times when there is a need to negotiate more informally. At such times, when a difference of opinion arises, it might not be possible or appropriate to go through the stages set out above in a formal manner. Nevertheless, remembering the key points in the stages of formal negotiation may be very helpful and that the following three elements are crucial in all negotiations: Attitudes; Knowledge and Interpersonal Skills. According to skillsyouneed-dot-com, the more knowledge we have of the issues at stake, the greater our participation in the negotiation process.

In other words, good preparation is essential- so we must do our homework and gather as much information about the issues as we can. Furthermore, the way issues are negotiated must be understood as negotiating will require different methods in different situations. As Skillsyouneed carefully, points out, good interpersonal skills are essential for effective negotiations, both in formal situations and in less formal or one-to-one negotiations. These skills include but not limited to effective verbal communication- listening; rapport building; problem-solving; decision-making; and assertiveness.