Hello, Many Thanks and Welcome to JusticeGhana- and to have time and insight into what in our humble opinion, we saw as the major ups and downs of the year 2013. We begin as follows:

John Mahama sworn in as President amid Legal Protest 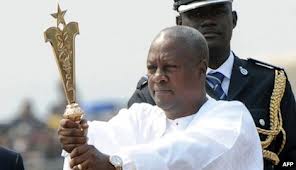 Politics (07 Jan)– The incumbent President of Ghana and the leader of the ruling National Democratic Congress John Dramani Mahama; was sworn in as President in line with the presidential election result of 07 and 08 December 2012 polls in which on 9 December 2012, the Chairman of the Ghana Electoral Commission- Dr Kwadwo Afari-Gyan declared him as winner and president-elect of Ghana. The declaration was gazetted by the Declaration of President-elect Instrument 2012 (CI 80) on 11 December 2012. Notwithstanding this, the main opposition leader of New Patriotic Party (NPP)- Nana Addo Dankwa Akufo-Addo; his running mate- Dr Mahamudu Bawumia, and the NPP Chairman- Jake Obetsebi-Lamptey, on 28 December 2012, lodged at the Supreme Court, a petition challenging the validity of the outcome of the presidential result. The reason being that there were evidential proofs suggesting irregularities tallied during the elections that favoured the NDC. And that 24,000 of the pink sheets results from some polling stations showed that those anomalies were enough to affect the results. At this inauguration attended by the Chief Justice Georgina Theodora Wood, Ex-Presidents Rawlings and Kufuor, foreign heads of state, diplomats and people of all walks of life, the all-white-dressed John Mamaha paid a glowing tribute to such forefathers and foremothers as Nana Yaa Asantewaa; Naa Gbewa, Dr. Kwame Nkrumah; Dr. J.B. Danquah; Efua Sutherland, Dr. James Kwegyir Aggrey; Drs. Esther Afua Ocloo and Ephraim Koku Amu, whom the new leader said are firmly etched in the world’s memory. JusticeGhana might have misconstrued this citation as a hung on the founding-father’s debate. MORE DETAILS