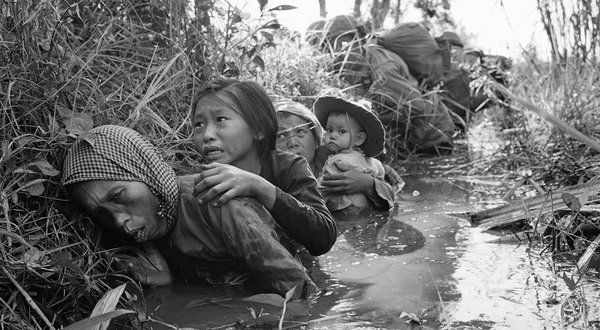 A Book Review [1]: “The young protagonist Willie Dunne leaves Dublin to fight voluntarily for the Allies as a member of the Royal Dublin Fusiliers, leaving behind his prospective bride Gretta and his policeman father. He is caught between the warfare playing out on foreign fields (mainly at Flanders) and that festering at home, waiting to erupt with the Easter Rising. The novel was shortlisted for the Booker Prize in 2005. In a 2009 US National Public Radio interview, author R. L. Stine stated that A Long Long Way was one of the most beautifully written books he had ever read, and gave copies of the novel to friends and family to read.” In this edition, Esi Asantewaa takes a second look at the book.

Barry presents Horrors of War in ‘A Long Long Way’ through techniques such as: Chremamorphism. The effect of this method involves the soldiers being dehumanised. Another method used is language in letters- this gives readers an insight on the relationship between the characters which exposed the characters, thoughts and feelings during the war. In addition to these were prolonged sentences which illustrate the never ending horrors of war. Linking these to the context of horrors of war; Barry creates a character of his own Irish Descent. Presumably, this is to relive or recount soldiers’ war memories.

On Page 290, we see the last letter being sent to Willie from his Dad. The dad started the letter with the phrase: ‘My dear Son’ (p. 290). The use of language shows the respect Willie’s Dad has towards him. The effect this has on the reader is the sense of love and warmth between father and son. It could also be suggested that the last letter signifies the end of the loving relationship and how War in particular wrecked it. In addition to this, it could be suggested that perhaps the last letter where Willie’s Dad pours out his heart to Willie gives the impression that the War was not as bad as it seemed for Willie. Presumably, this is due to the fact that Willie’s dad was supportive during the difficult times of his life.

The sincerity and honesty really reveal their close relationship. It almost seems that the war and horrors have drawn them closer. Once again, the effect this has on readers is the feeling of optimism that we share with Willie’s Dad as well as the happiness and relief when Willie returns home. The exchanged letters between both parties illustrate the growing bond between the two, and how it developed during the war especially the last letter, in my opinion, signifies the reinforcing love between Willie and his dad. The three words ‘My dear Son’ (p.290), illustrates the tone of love and respect towards his son. It also suggests how immensely Willie’s dad was proud of his courage.

Photo Reporting: Horrors of War in ‘A Long Long Way’

Not only does Willie represent a soldier fighting for his country but he is also seen as a true Hero for his Dad and his family. The last letter sent leads was followed by the aftermath of the War. Page ‘182’ shows us a long sentence. This is used to illustrate horrors of war. Arguably ‘Surely no man’ (p. 182) signifies the nightmare of the guns and the environmental change as well as how the mentality of the soldiers changed due to the likely effect of the good range of guns and the psychological effect [mentality of each for himself] it might have had on the movements of the soldiers in their trenches.

It could be suggested that due to the effect of the guns mentioned in the paragraph above, the reader can expect the intensity of the war. With the horrible pulverising effect of the guns on the opposing forces, the reader could imagine the stream of consciousness that the soldiers might have gone through and how secure and confident they now feel in their trenches as the enemy forces could hardly leap. They could only think of what would happen to them the as situation change against them. I believe this shows the effect of the reader’s sympathetic feelings towards the soldiers who faced life and death situations. The sentence length and the descriptive words capture this atmosphere.

From this perspective, I personally believe that the prolonged sentence signifies the extreme violence that took place as soon as the weapon was used. I also believe that perhaps, Barry is using the guns and other weapons as the blame for the whole war itself. Arguably, without these weapons the fellow men and soldiers would be powerless. Barry employs long sentences, active verbs, adjective and adverbs to create a scene of bombardment and how powerful warring soldier or armies can become under the influence of different weapons at their disposal.

In the last but one paragraph of page 29, Barry used chremamorphism such as ‘beetroots rotting,’ to present horrors of war in relation to the death of some of the young and probably inexperienced soldiers like himself all in the spirit of patriotism. The impression created in this paragraph to the reader is that some of the dead and wounded soldiers were not evacuated and were left to die in their wounds on the battlefield or were made to feel like waste and probably, of no use to their country. Barry makes this comparative observation putting himself in that unfortunate trauma and in vocabularies or jargons that might probably not be readily understood by the foreign reader.

On Page 121 of the last but one paragraph, Barry evokes these words: ‘dead were tidied ‘. I believe that Barry used this short sentence length to create a scenery atmosphere that represents an emotional horror of war. This also signifies non-existent tribute to soldiers that have passed away and for whatever reasons, their dead bodies left uncovered or not attended to for a while. By the use of these words, the reader might have been tempted to conclude that the tidying bodies of the dead soldiers could hardly be identified by the surviving families or warring soldier. It is unclear whether there was any form of memorial or remembrance for them. The words ‘dead were tidied’ could however, mean a mass-burial which appears to me as the most symbolic exposition of the reality of the title of the book.

In conclusion, I believe that Barry leaves an emotional impact on his readers by using different types of techniques such as the form of language and structure to present the horrors of war. Above all, Barry left moved his readers with most significant thing- which I believed were the letters to give an insight into how the characters in his account coped during and after the war and the never ending horrors.

I recommend A Long Long Way as a must read book.

Reviewed By Esi Asantewaa. Esi is a Sub-Youth-Editor at JusticeGhana