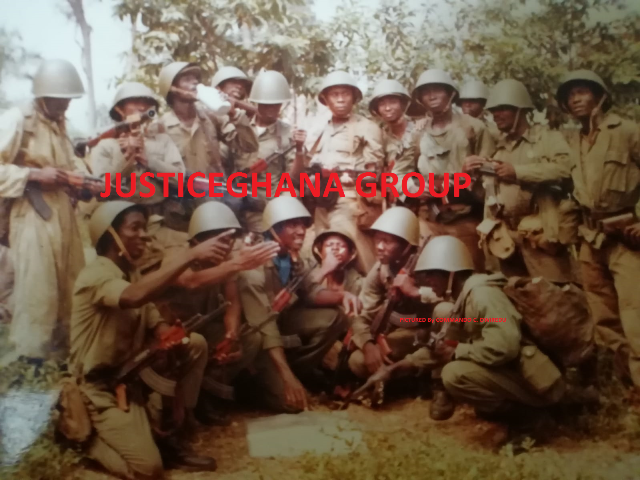 …ARTS, BOOKS & PROFILES ON THE 64 COMMANDO REGIMENT OF THE GHANA ARMED FORCES- Following the successful recruitment in the 1980s and training of some handful young men in Cuba, who were to form the nucleus of what was to be known and called the Force Reserve Unit (FRU) and its successor units- the Forces Reserve Battalion (FRB) and more recently the 64 Regiment, outside of the traditional armed forces settings, and the word commando, became popularized in the Ghanaian defence and national security architecture in the 1980s, both the Ghanaian media, and those of abroad, not forgetting the Ghana Armed Forces itself, who even recruited them, had had the cause for castigating the group, whose origins and mission, had hitherto and probably, even of today, been shrouded in secrecy.

Yes, the group couldn’t have made omelet without breaking eggs. Yet whenever we contemplate on the inadequacies of the 64 Regiment, alongside the political turbulent years of the African continent and to be exact, in the West African sub-region, we might not hesitate in linking the national sacrifices of the nucleus of what others call the Battalion 64, the Ghana-Cuba-trained Special Troops or the Rawlings Commandos. Indeed, by the circumstances of their recruitment, training and the military role that the 64 Commando group or unit did play during Flt-Lt. Jerry John Rawlings-led Provisional Defence Council (PNDC) military regime, such public/media criticisms- political otherwise, ought to be expected.

Accordingly, in their purported research on the 64 Regiment, grounded on desktop, Sabine C. Carey- Professor in Political Science at the University of Mannheim and leader of the Working Group Human Rights, Governance and Conflict at the Centre for the Study of Civil War a PRIO and Neil J. Mitchell- Professor of International Relations at University College London, unfortunately, relied on Africa News (2012) as follows:

“Jerry Rawlings decided to create his own army. The name he chose for this dangerous assault on the security of Ghana was “June Fourth Battalion” or as it is commonly known “Battalion 64″ …this battalion is better fed, and better resourced than any other outfit in Ghana Armed Forces. No mean a person than former Chief of Defence Staff General Joshua Hamidu has spoken out against this unit. It is a highly politicized group under arms, whose sworn allegiance is to Rawlings. They have defied the Army chain-of-command and occupied the GNTC flats at Kanda Estates in Accra. Battalion 64 is the Pit Bull Dog of Ghana’s security situation. Rawlings’ own security detail was selected from this group. And now he wants 24 of these bandits as his personal security detail in retirement….”

The logical question that on might be asked could be this- were all these true of the “Battalion 64”, hereafter the 64 Regiment and who did the researchers speak to apart from the Africa Watch editors? Natural law required that the Mannheim University political scholars should have persevered, in listening from both sides. But the reader’s greatest expectation here might be that Asante Fordjour, was part of this group. And in this expected book- “Travellers Without Destination”, I shall unmask the facts, issues and the unresolved speculations relating to the said “Battalion 64” and from eyewitness perspectives.

But before then let me respectfully, emphasise and put you the potential cherished reader here that there had been indeed numerous narratives- real, myth or imaginative stories, attributed to the members of the 64 Regiment (aka The Rawlings Commandos). I have accordingly, devoted a chapter- “The Trials and Triumphs of The Commandos”, as a case study or illustration linked to the Biblical quotation as captured in Gospel according to Saint Luke 9, captioned by most Ministers of God and Bible commentators as  -THE COST OF TRUE DISCIPLES- (LUKE 9:57- 59}. It reads as follows:  57As they were walking along the road, someone said to Jesus, “I will follow You wherever You go.” 58Jesus replied, “- Foxes have dens and birds of the air have nests, but the Son of Man has no place to lay His head.” 59Then He said to another man, “Follow Me.” “Lord,” the man replied, “first let me go and bury my father…”  In the 64 Commando’s case, did he follow his revolutionary master to his destination?

In sharing with the world the military history and profiles of the Forces Reserve Unit (FRU) and its successor units- Force Reserve Battalion (FRB) and not least, the 64 Regiment [aka Rawlings Commandos], the reader will notice that I have, for example, taken four steps backwards, and for background information, interviewed some of the brainchildren of the June 4 1979 Military Uprising.

Thus, in reading my upcoming book on the 64 Commandos, you will be privileged to have a first-hand account of Ex-Lance-Corporal Ebenezer Kofi Anaman (as he was then know). Anas, as he is affectionately known, is a product of the Junior Leaders Company, of the Ghana Armed Forces, Kumase, who declined AFRC membership but became the military coordinator for the Eastern Region, where he pitched his Headquarters at the St Martins Secondary School, Nsawam-Adoagyiri.

There, Kofi, currently a Minister of God and formerly of the 1 Reconnaissance Regiment (1 Recce), Gondar Barracks, Burma Camp, Accra, became the tower and alter of all that the AFRC and its leadership- Ft.-Lt. JJ Rawlings, stood for. We provide here, some of the pictures that originated from some of his activities with students, traders and other sections of the Ghanaian society, in and around Nsawam.

No wonder his military career had to suffer, following the return to democracy in the early 1980s, when Dr Hilla Liman-led PNP, effectively, took political office. He was recalled to service when Rawlings recaptured political power on 31st December 1981. But this was short-lived. Kofi found himself in condemned cells in Nsawam Prisons, the very township where he had been a revolutionary advocate in 1979. 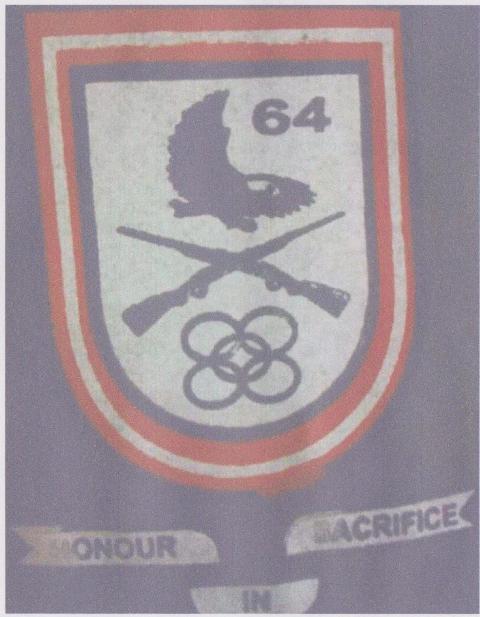 To cut long story short, Kofi benefited from the jail break of June 19th 1983….a master of all military coups that this book might be grounded- WATCH OUT FOR YOUR COPY- “TRAVELLERS WITHOUT DESTINATION”- authored by Asante Fordjour, Director of Legal and Media Research, JusticeGhna Group.