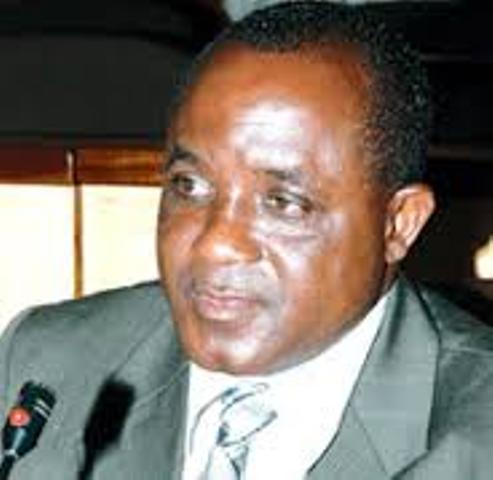 The Dignity of Our Parliament Unresolved?

…LAW COMMENTARY: Honourables who do not act honourably? In the Case of Hon. Amoateng and Parliament

The phraseology that if the Member of Parliament is absent, without permission in writing of the Speaker and he is unable to offer a “reasonable explanation” to the Parliamentary Committee on Privileges from fifteen sittings of Parliament during any period that Parliament has summoned to meet and continues to meet, could indicate the manifest intention of the lawgivers in preventing MPs from unjustified absence from deliberations that they have been elected for and indeed, being paid for from the national treasury? Assuming yes, how long might an employer continue to pay the salaries or remunerations of a detained employee whose absence is truly self-inflicted?

Honourable Eric Amoateng is said to have travelled to the United States for the purpose of his wrist-watch business, where constitutionally he was supposed to be in parliament to represent his people? It is unambiguously declared by Art 98(2)* that “A Member of Parliament shall not hold any office of *profit or emolument, whether, *private or *public and either *directly or *indirectly, unless permitted to do so by the Speaker acting on the recommendations of a committee of Parliament on the grounds that- (a) holding that office will not prejudice* the work of a member of Parliament; and (b) no *conflict of interest arises or would arise or as a result of the member holding *that office. Although this provision is mute on what constitutes “office”, it undoubtedly stamped Art 97(1)© that seeks to discourage parliamentary malingering and any activities that might likely impede the effectiveness of the Parliamentarian.

Some juristic writings and social commentators give an erroneous impression that Honourable Eric Amoateng has been a victim of circumstances and therefore, the fifteen sittings rule cannot be strictly applied. It is abundantly clear from the 1992 Republican Constitution that the MP must endeavour to ensure that s/he does anything that stand to conflict or impede his/her parliamentary duties. This includes not only acts or omissions that might disparage his or her person but also the Ghanaian Parliament. So, the statutory provisions attempt to evoke the highest standards of protection and immunity for the legislator so as to be able to discharge his functions.

The provisions in the statute, if read together, leave no doubt that it must be applied comprehensively. Art 284 provides that “A public officer shall not *put himself in a position where his personal interest *conflicts or is likely to conflict with the performance of the functions of his office. Art 288 says that: A “public officer” unless the context otherwise requires, means a person who holds a public office This includes Members of Parliament of which Hon Eric Amoateng is one, Art 284(5).

Other than the aforementioned textual and contextual support from the Constitution, let us consider this scenario. We have contracted with our full-time employers that we shall without delay, notify them either in writing or by phone anything that might impede our going to work. And that we shall also not engage in any trade or business that tends to undermine or conflict the purpose of our employment. One morning, we phoned them that we are sick and followed this by say, a five days sick leave from our General Practitioner, where in fact we were undertaking a part-time job in factory to support our living. Unfortunately, the worker got seriously injured to an extent that he has to be admitted in hospital for some months. Assuming we are the employers of this worker whom we have been ardently indebted to his social security, what shall we do?

As humans, of course, we are all fallible and might one way or the other, fall into such temptations. However, economic, legal and even moral consciousness dictates swifter approach to this issue as justice delayed could sometimes mean justice denied? We may probably argue that the two employers might come together for an acceptable settlement but when? Why must the honest employer be affected with extra cost? Thus, other workers might likely be burdened with added work; some holidays might even be suspended while the litigation is still pending. Assuming this injured worker occupies key position in the working chain; could a stand-in be hired at a higher bid?

Consider the provisions of Art 112(5): “Whenever a vacancy occurs in Parliament, the Clerk to Parliament shall notify the Electoral Commission in writing within seven days* after the vacancy occurred, and a by-election* shall be held within *thirty days after the vacancy occurred.” This suggests the seriousness and the urgency to which the lawgivers attach or intended vacant parliamentary seats to be occupied in case of such unforeseeable situation. The total days, here, being 38, barely a month? So what would have been the position if this crafty worker had been a gardener or a driver to the MP?

Asante Fordjour authored this commentary for GhanaWeb on Sunday, 02 July 2006