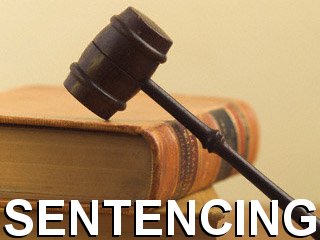 According to World Health Organization (WHO) [1], sanitation generally refers to the provision of facilities and services for the safe disposal of human urine and faeces. “Inadequate sanitation is a major cause of disease world-wide and improving sanitation is known to have a significant beneficial impact on health both in households and across communities. The word ‘sanitation’ also refers to the maintenance of hygienic conditions, through services such as garbage collection and wastewater disposal.” I’m tempted to juxtapose this to criminal sentencing, referred to by Cornell [2] as the formal legal consequences associated with a conviction. “Types of sentences include probation, fines, short-term incarceration, suspended sentences, which only take effect if the convict fails to meet certain conditions, payment of restitution to the victim, community service, or drug and alcohol rehabilitation for minor crimes. More serious sentences include long-term incarceration, life-in-prison, or the death penalty in capital murder cases. Criminal law theorists believe that sentences serve two purposes. First, they serve the goal of deterring future crime by both the convict and by other individuals contemplating a committal of the same crime. Second, a sentence serves the goal of retribution, which posits that the criminal deserves punishment for having acted criminally. When sentencing, a judge must impose the least severe sentence that still achieves both goals, while also considering the need for societal protection.”

For those who might have been grown enough to witness the foment of the 4 June 1979 Military Uprising, you could recall not only from the mass media [radio sets, TVs and newspapers or by hearsay] how “Judges at the Special Courts”, were hammering the so-called economic saboteurs or nation wreckers with some 99 years’ imprisonment and with “hard labour” but also, could attest  to how the leader and chairman of that revolutionary revolt- Flight-Lieutenant Jerry John Rawlings, immersed himself with his olive-green fatigue into choked gutters, all in a bid to restore it to the purpose for which they were constructed- a free and thorough water-ways. Some four decades on, and by that standard measures or roadmap, what sense could we make of, or reconcile with, our current disparaging sanitation dilemmas, not forgetting the generosity of our Sentencing Guidelines to the mobile phone thief or a political burglar? Yes, sentencing must reflect on the social needs of the community it serves.

Apart from human rights considerations, public health consequences of imprisonment, detrimental social impact and the cost of imprisonment, the UNODOC has found that imprisonment disproportionately affects individuals and families living in poverty. “When an income generating member of the family is imprisoned the rest of the family must adjust to this loss of income. The impact can be especially severe in poor, developing countries where the state does not provide financial assistance to the indigent and where it is not unusual for one breadwinner to financially support an extended family network.” [3]

The report adds that the family experiences financial losses as a result of the imprisonment of one of its members, exacerbated by the new expenses that must be met – such as the cost of a lawyer, food for the imprisoned person, transport to prison for visits and so on. “When released, often with no prospects for employment, former prisoners are generally subject to socio-economic exclusion and are thus vulnerable to an endless cycle of poverty, marginalisation, criminality and imprisonment. Thus, imprisonment contributes directly to the impoverishment of the prisoner, of his family (with a significant cross-generational effect) and of society by creating future victims and reducing future potential economic performance.” Yet in Ghana the use of prisons to control crime, appears not to have softened since 1979.

Indeed, this could not only be found in Ghana, where community work form of sentencing, could have been exploited by judges to reduce its sanitation problems confronting most of its major cities. Most recently, mandatory minimum sentencing policies, write Paul Gendreau and Claire Goggin [4],  have gained widespread popularity throughout the United States, severely limiting judicial discretion in sentencing. The rationale for mandatory minimums is the belief that length of time in prison acts as a deterrent to future recidivism. “Three schools of thought dominate the area. The first is that prisons definitely suppress criminal behaviour. Given the unpleasantness of prison life and the negative social stigma associated with incarceration, these should serve as deterrents to later criminal behaviour. The second, the “schools of crime” viewpoint, proposes just the opposite, that is, that prisons increase criminality.”

By this account, it is suggested that the barren, inhumane, and psychologically destructive nature of prisonisation makes offenders more likely to recidivate upon release. “The third school of thought, which we label the “minimalist/interaction” position, contends that the effect of prison on offenders is, for the most part, minimal. This view states that prisons are essentially “psychological deep freezes”, in that offenders enter prison with a set of antisocial attitudes and behaviours which are little changed during incarceration. This perspective also suggests that lower risk offenders may be more adversely affected by greater lengths of incarceration through exposure to an environment typically dominated by their higher risk, more hard core peers.” How reasonably fair then, is Ghana’s Sentencing Guidelines?

Elizabeth Greene reminds that we all know that the law upholds the presumption of innocence so every person charged with an offence is deemed to be innocent, until proven guilty. [But] Once a jury returns a verdict of guilty then the presumption of innocence has been effectively rebutted. “The presumption can also be dispelled when an accused person stands in court and officially pleads guilty to a charge they are facing. At this point the only legal question remaining is what punishment to impose for the wrongdoing, and that is ultimately determined by the Judge alone. Both the prosecutor and the defence counsel make submissions on the issue of the appropriate punishment or penalty, but the final decision is that of the Judge.”  But the judge/magistrate ought to address himself/herself properly with all relevant Pre-sentencing Report and of course any compelling mitigation/aggravating factors before sentencing.

As Ken LaMance, LegalMatch Law Library Managing Editor and Attorney at Law, puts it,“Every state has different court sentencing guidelines…Sentencing guidelines create various classifications and categories of different sentence ranges, which may be arranged according to the type or seriousness of the crime. For instance, [it] may state that all felonies are punishable by at least one year in prison, along with criminal fines.  It may also state that misdemeanors shall not be punishable by a jail sentence of more than one year. Sentencing guidelines can also prescribe ranges, such as 5-10 years for grand theft charges, or 1-5 years for felony embezzlement.  The guidelines are not meant to be rigid rules, but rather serve as suggestions that a court or judge can follow during the sentencing portion of trial.” [6]

But I mention in passing that these briefs & memos, had been dispatch without the consideration of Ghana’s Sentencing Guidelines as against some of the reported severer prison sentences, vis-à-vis the committed crime. It is said however that sentencing; is a detailed, thorough, and exhaustive analysis of the facts surrounding an offence, together with a breakdown of all of the personal factors (both aggravating and mitigating) of the offender and the end result ought to be a penalty or punishment that is fitting in all of the circumstances. Having said, I now consider in outline Sentencing Guidelines culled from the UK judicial authorities [7]: 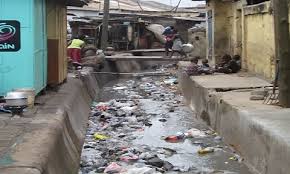 What is a sentence?

A sentence is the punishment a judge or magistrate decides should be given to someone who has been convicted of a crime. It comes at the end of a prosecution. After a crime occurs, and the police arrest and charge someone, the Crown Prosecution Service decides whether to take them to court.

If they are prosecuted and either plead guilty or are found guilty by magistrates, or for more serious offences, a jury of members of the public, they are then sentenced. The judge or magistrates look at the facts of the case and decides what the most appropriate sentence would be, based on the harm done to the victim and how blameworthy the offender is.

What are sentences for?

There are five things sentencing sets out to do when dealing with the vast majority of adult offenders. While punishing the offender for the crime committed is one of the purposes, there are other important aims, like preventing crime happening in the future so more people don’t become victims of the same offender.

A sentence aims to:

Punishment can include being jailed, having to do unpaid work in the community, obeying a curfew or paying a fine.

A sentence also aims to change an offender’s behaviour to prevent future crime. One way of doing this could be to require an offender to have treatment for drug addiction or alcohol abuse.

A sentence aims to keep the public safe from the offender and from the risk of more crimes being committed by them. This could be by putting them in prison, restrictions on their activities or supervision by probation.

Make the offender give something back to people affected by the crime: This could be, for example, by the payment of compensation or through restorative justice. Restorative justice gives victims the chance to tell offenders about the impact of their crime and get an apology. It is up to the judge or magistrates to decide how much weight to give each factor in the case they are dealing with. [7]

In this dispatch; I had sought, respectfully, to highlight that there are many factors that a trial judge must consider when sentencing: the age, background, and criminal history of the accused. The type of offence that has been committed, and the potential risk or threat to the community of the offender re-offending; whether or not s/he poses an actual threat of violent or sexual offending, and the need to protect the community; any efforts that the offender has made to rehabilitate themselves prior to the sentence date; their prospect of rehabilitation generally, any mental or cultural concerns that should be addressed, their family circumstances, and any dependents of the offender(including spouse, children, or employees), whether any compensation has already been made or offered, and the realistic ability to pay such compensation, and the impact of the offence on the victim, victim’s family, and the community? In a sanitation-challenged Ghana, a judge might check whether community service shall not be well served.

No Comments to “Ghana: Sanitation and Sentencing”