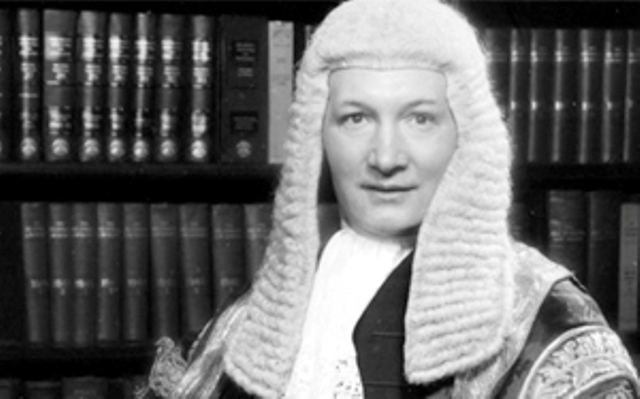 BRIEFS- Legal Tributes to Lord Denning: “Lord Denning has been described as the most influential judge of the 20th century. Denning became possibly the best known judge ever to belong to the English judiciary. He was equally well-loved and controversial, appreciated for his role as ‘the people’s judge’ and his support for the common man and disliked by elements of the bar and judiciary for ‘uncertainty in the law’ created by his broad judgments. Denning made sweeping changes to the Common Law, with the resurrection of equitable estoppel and his reform of divorce law. A common misconception is that most of his judgments were overturned in the House of Lords; many were, including the expansion to the doctrine of fundamental breach set out by him. Though some of his judgements are not valid today yet they provided incentives for further development of law.” [1]

Legal Information Not Advice- The Theory of Fundamental Breach

Briefs- It might have been long observed how thick most service contracts- being it from a bank; insurance, building societies or even from some employers, might have been frustrating and eye-and-mind-boggling in terms of its small prints- which more often than not, we find it difficult to read or comprehend. Yet, for whatever reason, we unfortunately, rush to append our signatures without probing into what what Lord Denning once described as “onerous clause.”

In the words of Black’s Law Dictionary, “a contract, lease, share, or other right is said to be “onerous” when the obligations attaching to it counter-balance or exceed the advantage to be derived from it, either absolutely or with reference to the particular possessor.” Example is found in Curtis v. Chemicalcleaning & Dyeing Co.[1951]1kb 805.

FACTS: The plaintiff delivered a white satin wedding dress to the defendants for cleaning. On being asked to sign a receipt, she inquired why she was to sign it and was told that she was to take responsibility for any damage to beads and sequins. The plaintiff then signed the receipt without reading it. The receipt, in fact, contained a condition excluding liability for any damage howsoever caused. When the dress was returned there was a stain on it. On the plaintiff’s action the cleaners pleaded the exemption clause.

THE LEGAL ISSUE: Whether the defendants will be held liable or not?

Denning’s View: Lord Denning stated that “in those circumstances by failing to draw the attention to the width of the exemption clause the assistant created the false impression that the exemption only related to beads and sequins, and that it did not extent to the material of which the dress was made and this was sufficient to disentitled them from relying on the exemption clause.”

Judgment: The plaintiff customer was entitled to recover. “Where the person seeking to rely upon an exemption clause makes some verbal variation, the clause will be treated as void.”

Theory Of Fundamental Breach- THE RED FINGER NOTICE: In the words of Lord Denning, another means of getting around the injustice of exemption clauses “is by means of the doctrine of fundamental breach. It is a method of controlling the unreasonable consequences of wide and sweeping exemption clauses. Even where adequate notice of the terms and conditions in a document has been given, the party imposing the condition may not be able to rely on them if he has committed a breach of the contract which can be described as ‘fundamental’. Accordingly the learned Law Lord- Denning, ruled as follows:

“These exempting clauses are now-a-days all held to be subject to the overriding proviso that the only avail to exempt a party when he is carrying out his contract, not when he is deviating from it or is guilty of a breach which goes to the root of it. Just as a party who is guilty of a radical breach is disentitled from insisting on the further performance by the other, so too he is disentitled from relying on an exempting clause.”

SUMMARY INFORMATION: Having said, we must respectfully, persevere to read every bit of information on any document before we append our signature. And we mention also in passing that contractually, the common law approach in the rule in Gracoub v L’Estrange [1934] 2 KB 394 states that we could be bound by what we have voluntarily signed for even if it had been procured unfairly. But see, the “Non est factum (Latin for “it is not [my] deed”)- a traditional doctrine in contract law [associated with land purchase/lease] that allows a signing party to escape performance of the agreement.